The first case of Coronavirus had reached the UK in January 2020 but little did I think that we would be heading  for a pandemic. I was enjoying leading our couch to 5k group on a Monday evening and joining our social runs on a Thursday evening. Our couch to 5k ladies were doing brilliantly and then in week seven, Dollies HQ made the decision to postpone our weekly runs and within days on March 23rd we were in national lockdown.

Exercise once a day……close to home!

Gatherings of more than 2 ‘BANNED’

If you know me, you will know I don’t run solo. In the seven years since I started running I can count on one hand the times I have run alone.

So the question was……”Do I carry on with my running  journey?”

“If I stop will I ever start again?”

But then the lovely Claire Abel announced the “Budweiser Challenge” and I do love a challenge!!

I read the list and realised even for me the challenges were all doable….

Run a route under a bridge

They were just a few.

That was it, I was feeling motivated……let’s do it!!

Then on the last day of March while running round the garden trying to clock an extra ½ mile I tripped and fell. A trip to A&E confirmed it was just a sprain but no running for a few days.

I started to lose motivation so decided to try the cross trainer (sooo boring!!)

During April I joined the “mile around your garden” and the NHS 5k. 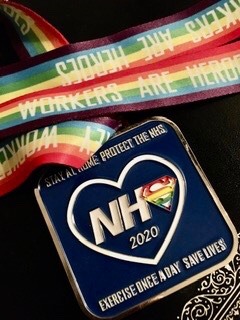 Then came the Dolly challenge #itsonlyahillgetoverit

Well for someone who had never really enjoyed the hills this was going to be a challenge.  I managed to get out twice that week with 2,660ft elevation gain. I was buzzing, feeling good and the motivation was back.

Who would have thought this could be so hard. I slowed my pace right down but then still struggled to avoid the red zone. It was fun trying, though sometimes frustrating!

We were well into May by now and the peak of the pandemic was thought to be over and the lockdown rules were being relaxed. We were allowed to exercise outdoors more than once a day (not that I was going to be doing that!!)

Then it was June and we were allowed to meet with family and friends from one other household but stay within 5 miles of home.

June 5th was my first run in two and a half months with company. How Laura and I managed 5 miles that evening I will never know. We had so much catching up to do and we even tried sussing out a new route, though we weren’t overly successful as weeds and undergrowth forced us to turn back.

I had pledged 40 miles for the Hope House challenge. Not many compared to many but I didn’t see the point in being too ambitious and then being disappointed. It was a great feeling at the end of the month when I had smashed my target and reached 60 miles. 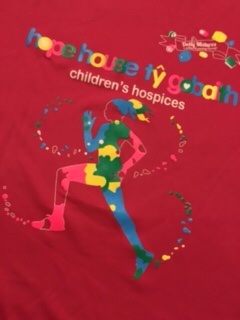 June also saw me complete my longest solo run….8 miles! I had by now got used to running solo and  though some days it was a struggle to get started, once the trainers were on and I was out through the door I was enjoying it and even enjoying the hills.

July should have seen our “run to the pub” but it wasn’t to be this year therefore it was going to have to be a virtual “Run past the pub”  Why oh why did I chose such a hilly 5.5 mile route on such a hot day?! Boy did I wish that pub was open as I ran past!

The magic map also made an appearance in July….A new 4.5-mile route for when restrictions allow us to enjoy social runs again. If you haven’t yet joined us on a magic map social run you really don’t know what you’ve missed.

And then it was August…

We could now run in bigger groups, keeping a 2-metre distance. On August 6th Vanessa, Emma and I headed to Dyfnant Forest. So close to home but I had never been before.  A 5 mile chatty route followed  by lunch at The Cann Office. I was loving having company, the miles just fly by when  you are having fun. But back home…and yes I did it again!! Tripped in the garden and sprained my ankle. Less running, more walking for the next couple of weeks. 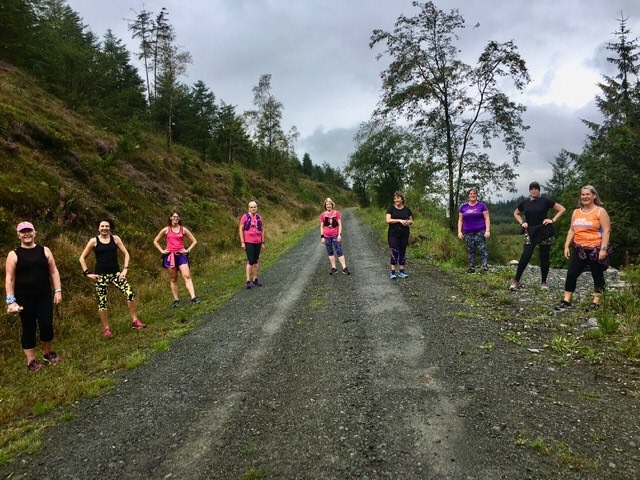 By the end of the month it was improving and I headed back to Dyfnant forest again with a lovely group of fellow Dollies. O what fun we had!! Different route this time. 8 miles ( think it was more on some watches) followed my lunch at Cwpan Pink. What a treat it was!

One of the hardest things during these last months was not being able to spend time with the grandchildren so as September arrived Josh and Sophie joined me for a walk up Rodneys Pillar. They left Nain in a cloud of dust on the way down! It was a fab morning and great to meet some fellow Dollies on route. 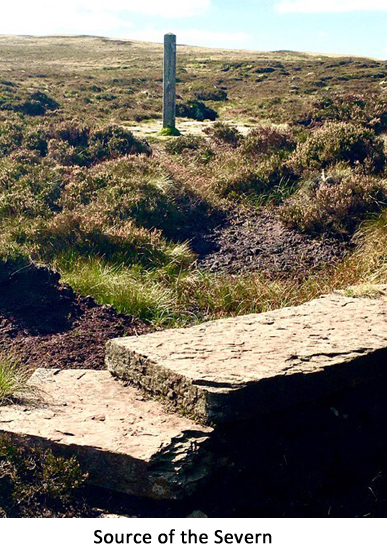 The Source of the Severn was a route I had talked about but never done so my sister and I headed to Hafren Forest to explore. Another  fabulous day with amazing views and again great to meet fellow Dollies on route.

Another route I had been wanting to explore was The Anne Griffiths Walk so with the glorious weather we were having it was the ideal time investigate. It was a beautiful 7 mile route but we then joined Glyndwrs way for another 5 miles. By now I was now embracing the hills. 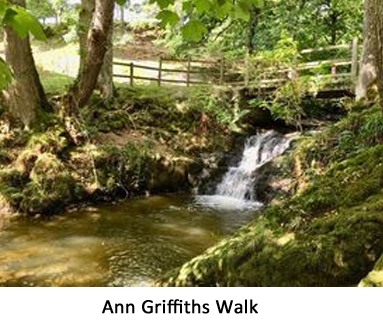 October soon came and several Dollies who had entered VLM were now having to take part virtually. It was a wet morning so wearing a bin bag (what did I look like??) I met Laura, Karen, Katie and a few more Dolly supporters for the first half of their marathon. Poor Laura was suffering an injury so was only able to walk which suited me as my running was getting less and my walking more. It was such a disappointment that VLM  had been postponed and ladies had to take part virtually. Super well done to you all!

Later in the month a group of fellow Dollies joined me for our version of the 3 peaks….

We parked at the Breidden and headed up Middletown Hill first. All was going well until a phone call came to warning us to avoid Rodneys Pillar as there were shooters about. Such a shame but we must stay safe so the 3 peaks became 2. A bit of rock climbing and we were soon at the top of Moel Y Golfa. The views were magnificent on a nice day. Then it was a nice downhill back to our vehicles and it wouldn’t be right to finish without coffee and cake so we bombarded Moo’s Coffee Bar.

I was feeling frustrated though as my ankle still wasn’t playing ball and my hip was starting to niggle. Any runs I managed were kept short, 5k seemed to be my limit but I still managed to get some walks in.  Moel Bentyrch is close to home but another route I had never done. So with a few friends we met in Llanerfyl and away to go.

Mmm, but which way?   The magic map turned tragic!

But getting lost just adds to the fun. It took longer than planned but we eventually reached the top.

Then on another glorious morning the grandchildren joined me for a trek up Moel Y Golfa. They were keen to know the story behind the monument and then left Nain for dust on the way down again.

For several weeks I had been enjoying the company on many of my routes but then BANG!!

“2 WEEKS FIREBREAK LOCKDOWN IN WALES TO SAVE LIVES”

So after enjoying the company it was time to go solo again. I was still walking more than running but at least I was getting out.

The Dolly Halloween Challenge just wasn’t the same this year on my own but I put on my black cape and took to my broomstick (hubby thought I had gone mad!!), for obvious reasons the broomstick only made it to the end of the garden. 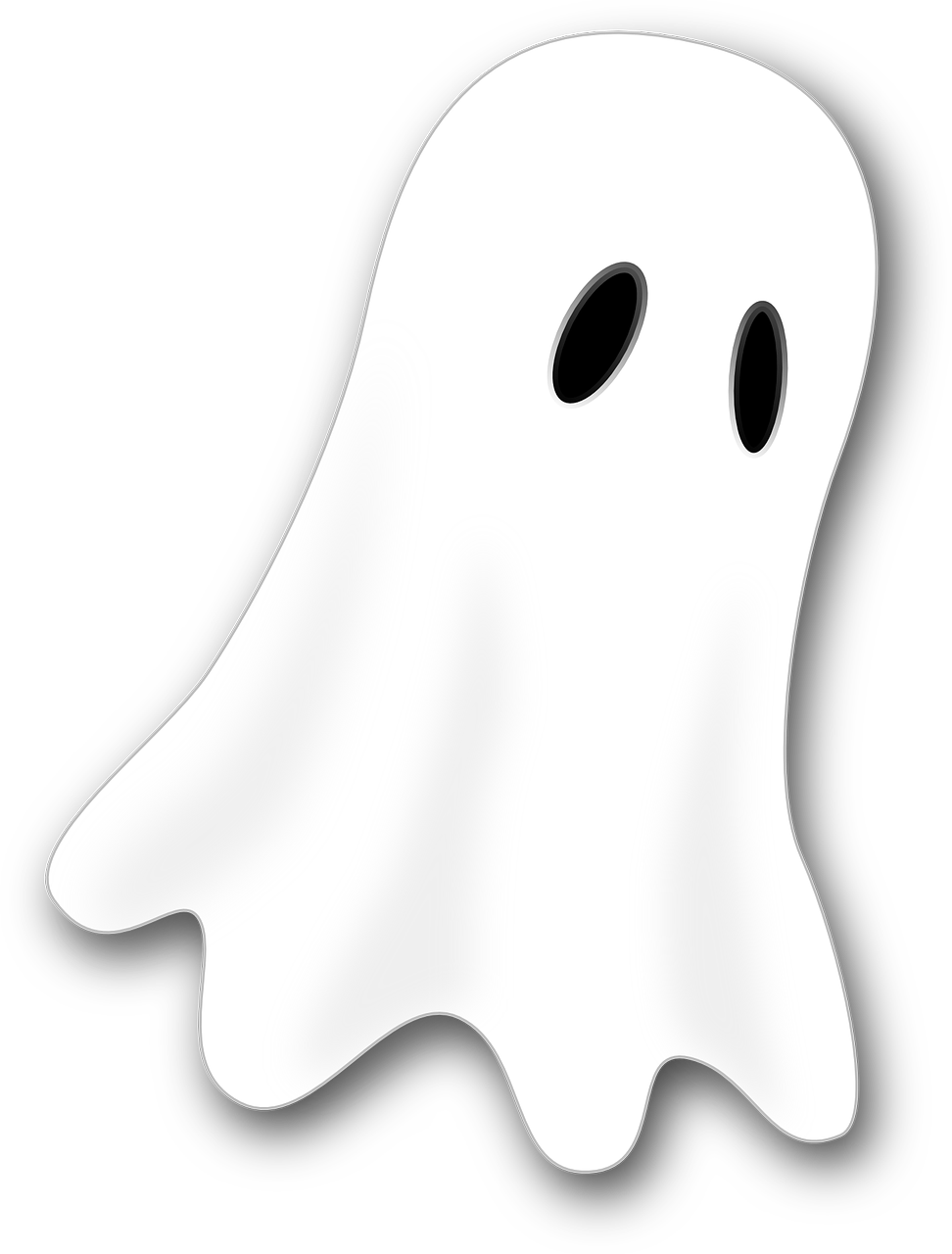 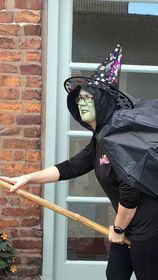 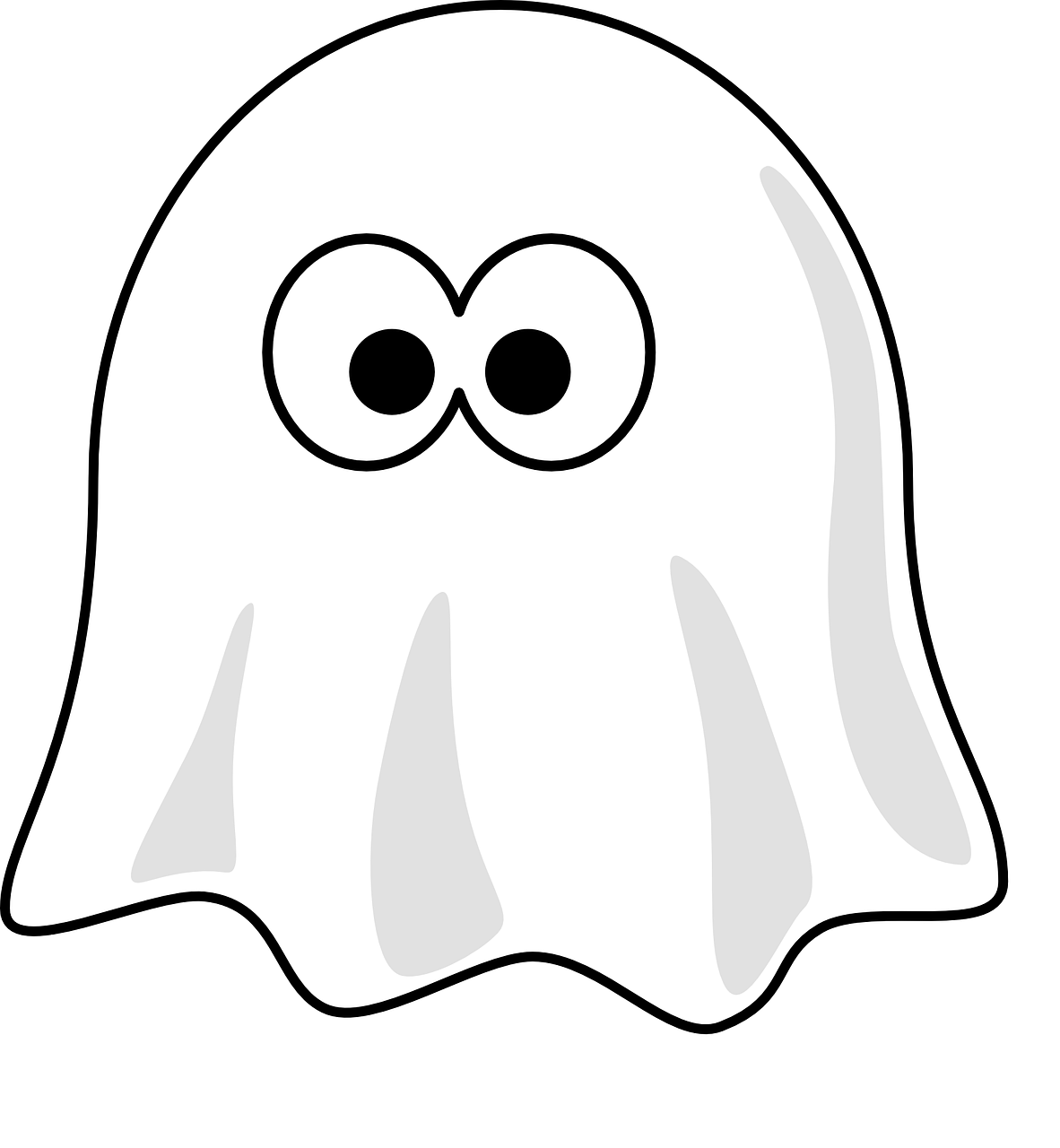 November arrived, the clocks had changed, it was now dark early. No, I don’t like the dark….so I didn’t venture out on my own in the evenings.  But the 2 weeks firebreak was soon over and I could enjoy company again. My hip was still niggling so I decided to take the sensible approach and rest it.  How hard can rest be?

Christmas was almost upon us. I had been out for afternoon tea with friends but arrived home to hear the announcement.

WE WERE BACK IN LOCKDOWN!!

Christmas was very different. Like so many others I was missing having the family around. I was still getting out a couple of times a week but the niggling hip was preventing me from running far. I was still mostly walking and that wasn’t comfortable. I was feeling low, thinking my running days had ended and I would just have to come to terms with it.

Surely things could only get better!!

On January 29th Mr Drakeford announced we could meet one other person from one other household for local exercise. It was great to have company again. Just what I needed.

February passed and still the running was on the back burner. I tried to keep active walking but the hills I had come to love were now being avoided as I knew hill work was aggravating the hip.

Why was it not getting better? Was it my own fault?

Warming up and cooling down have always been an important part of Dolly runs but having to go it alone for so much in the past months I had let it slip!

March 1st another challenge #frommydoor.  It was certainly going to be a challenge as from my door I have two options …. 1. A very busy A458 and 2. Hills.  For safety reasons it was going to have to be hills. The same hills I had come to love last summer.  I didn’t get to the top but I still completed the 5k challenge.

So now it’s nearly the end of March, we have been living in a pandemic for 12 months. With Wales and England having different rules it has been very confusing at times and I’m sure I have probably made mistakes. Please don’t judge!

The challenges have certainly encouraged me to keep active. There were so many more available but I did what I could.  I have enjoyed the photo challenges as even when injured I can still take part. Thank you to everyone who have come up with the ideas.

I’m still only walking, awaiting treatment, but fingers crossed I will be starting couch to 5k in Apri/May, so ladies if you haven’t managed to keep the running up through this pandemic, why not join me?