What would you do for a t-shirt? ~ by Claire 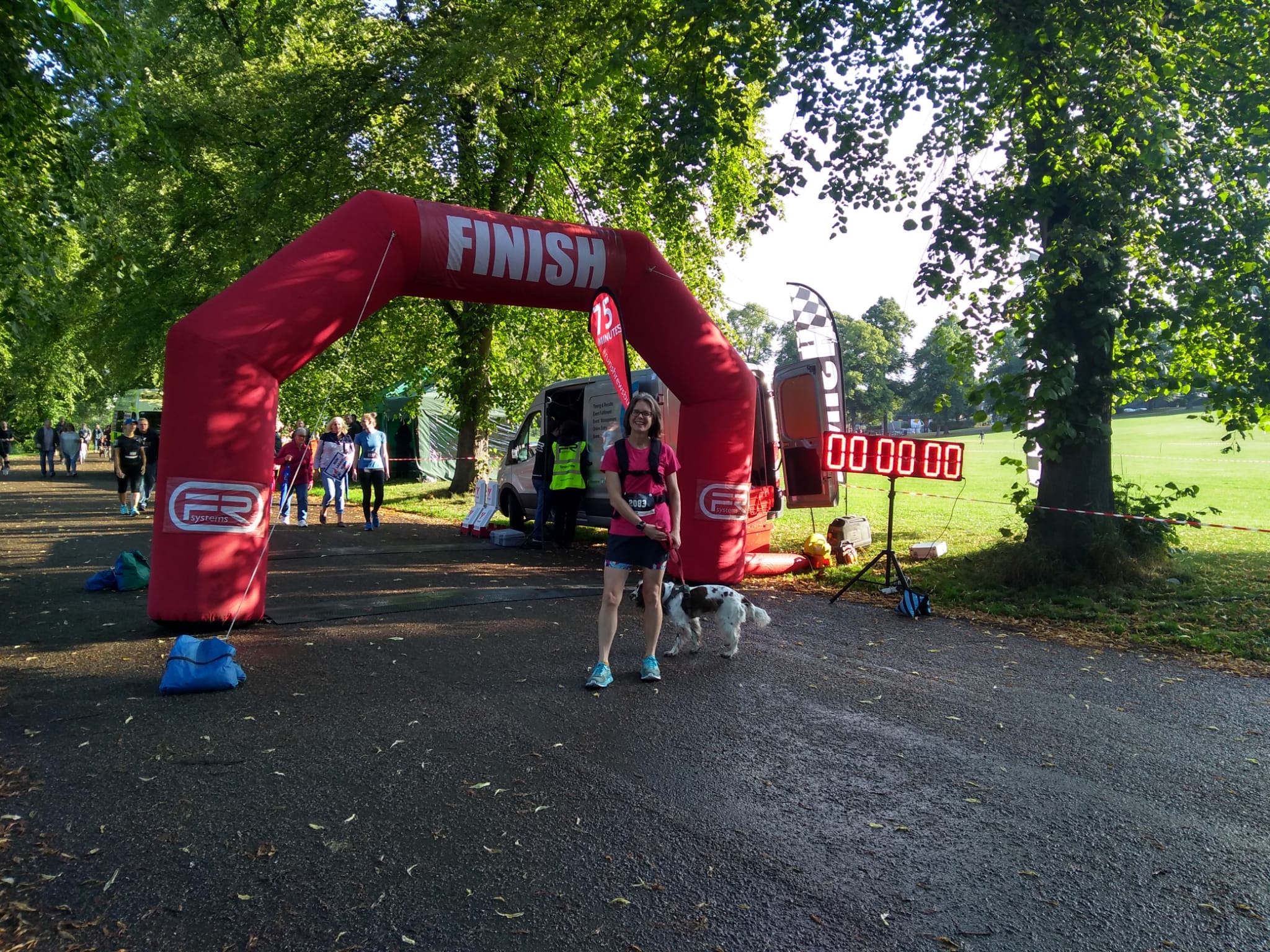 What would you do for a t-shirt: the story of how I became a pacer!

I’m the first to admit that I can be the queen of last-minute.  So when entries say they close on the 19th in the cyberworld I expect that to mean 11:59pm on the 19th and not a moment before – certainly not in the region of 5:00pm when I’m still at work.  So I missed the chance to enter a local race…..and I so loved the look of that t-shirt.   It had pinks and purples, and a Jaguar logo (the only thing I’m likely to own with the official Jaguar logo!) 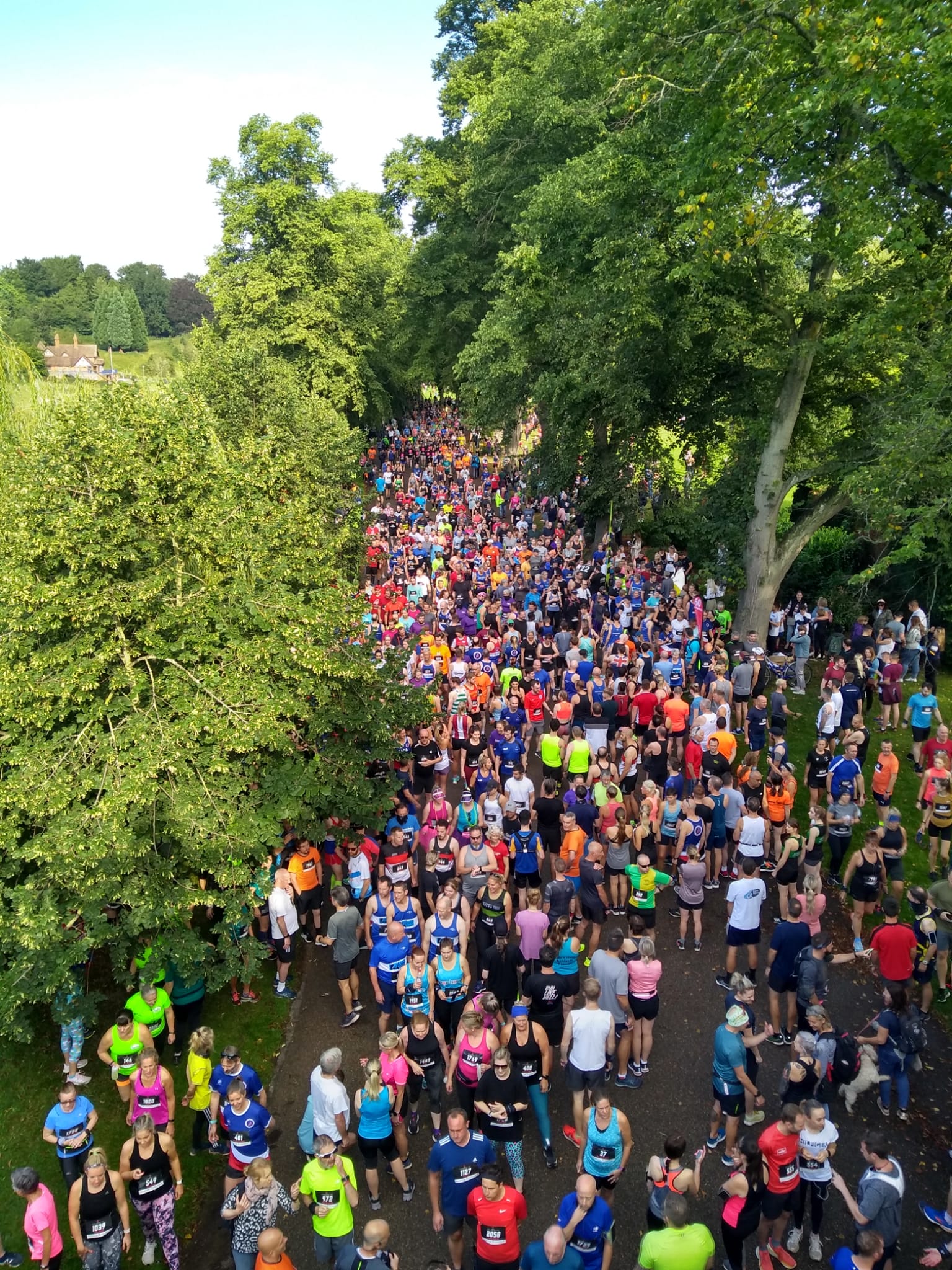 What to do?  Transfers had closed and now entries had closed.  Hmmmmm.  Maybe, just maybe, I could finally venture into the world of pacing, something I’d been thinking about for a while.  They’d only just posted up in the final week that they were seeking pacers.  With nothing to lose I offered my services.  And was accepted!

Unfortunately as Queen of the Last Minute that meant on Saturday I still didn’t know what I was pacing.  I went out and practiced 9:30, came home and had a shower, put the kettle on…..and found out I was pacing 12:00.  Shoes back on, out again for some more practice.  At least the maths on 75-minute pacing was pretty easy!  Some near perfect practice done, I headed home for my pre-race dinner.

Waking up at 5:15 on race morning though and sitting there with my porridge in one hand and a brew in the other, I was so nervous.  More nervous than I’ve been for my own races.  This was no longer my race, it was a race for other people.  Could I do it?  Could I achieve?  Would anyone be running with me?  Would people say “Hi” and admit they were running with me or would they just tail me like I’d done to pacers in the past, too shy to say hi or admit I’d like to keep with them. 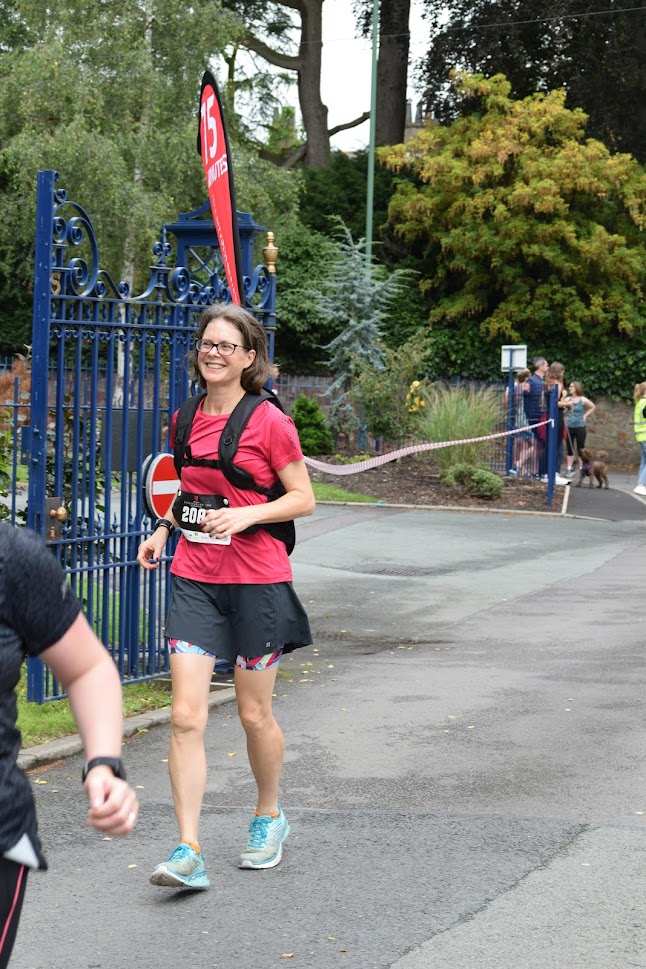 Sitting here now in my race t-shirt with some new bling, I’m pleased.  I may not have put in a perfect performance but I put in my best effort on the day.  Of course there are a few things I can learn from it but I one thing I learned was that I loved it: I’ll happily pop that flag back on and talk to random strangers before during and after the race – I’ve never talked to so many people at a race before, it was so lovely!

The two people who told me they were coming with me achieved the time goal and a couple who might have been secretly tailing me probably did too as I did come in a little ahead of schedule.  I can’t wait to give it another go! 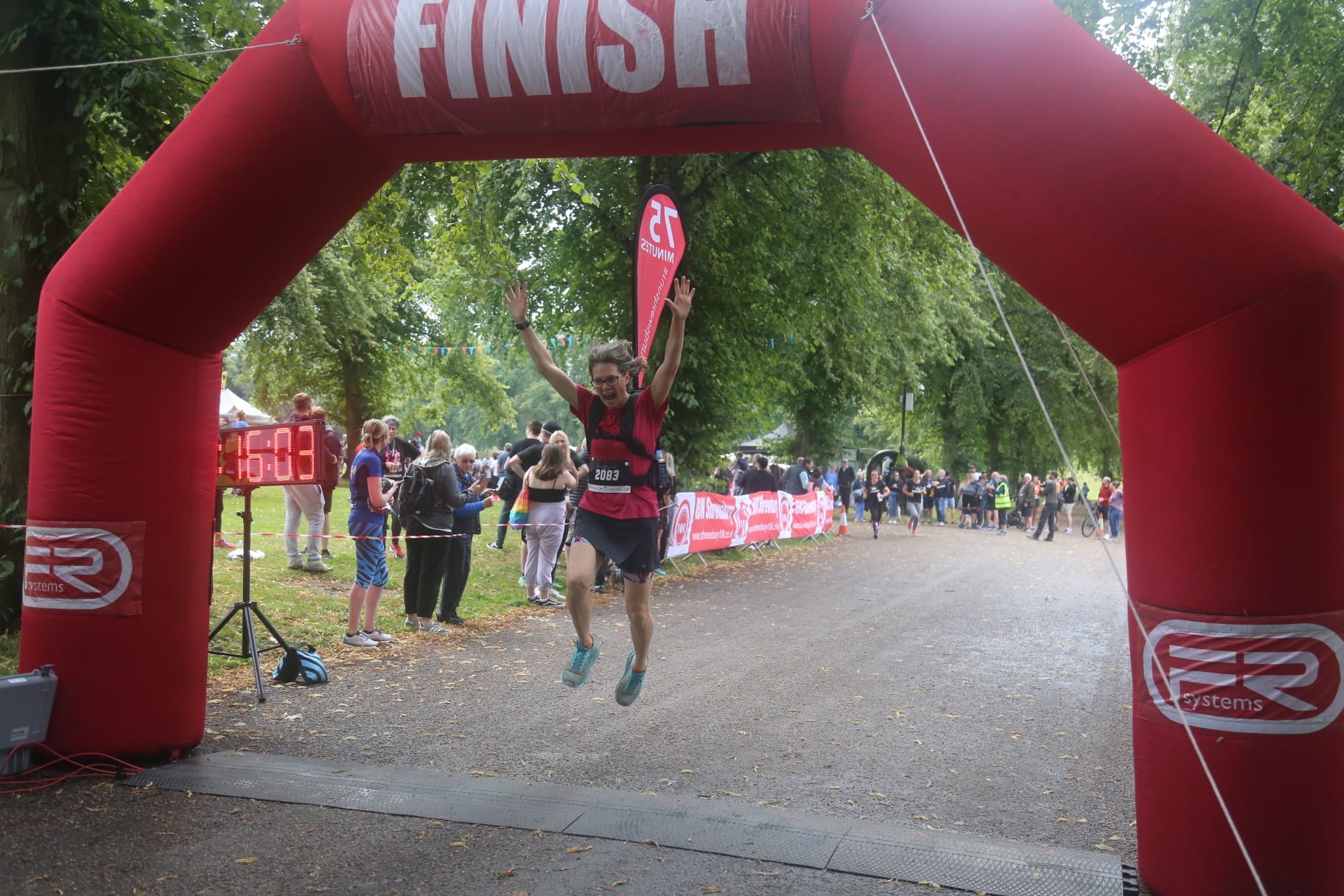 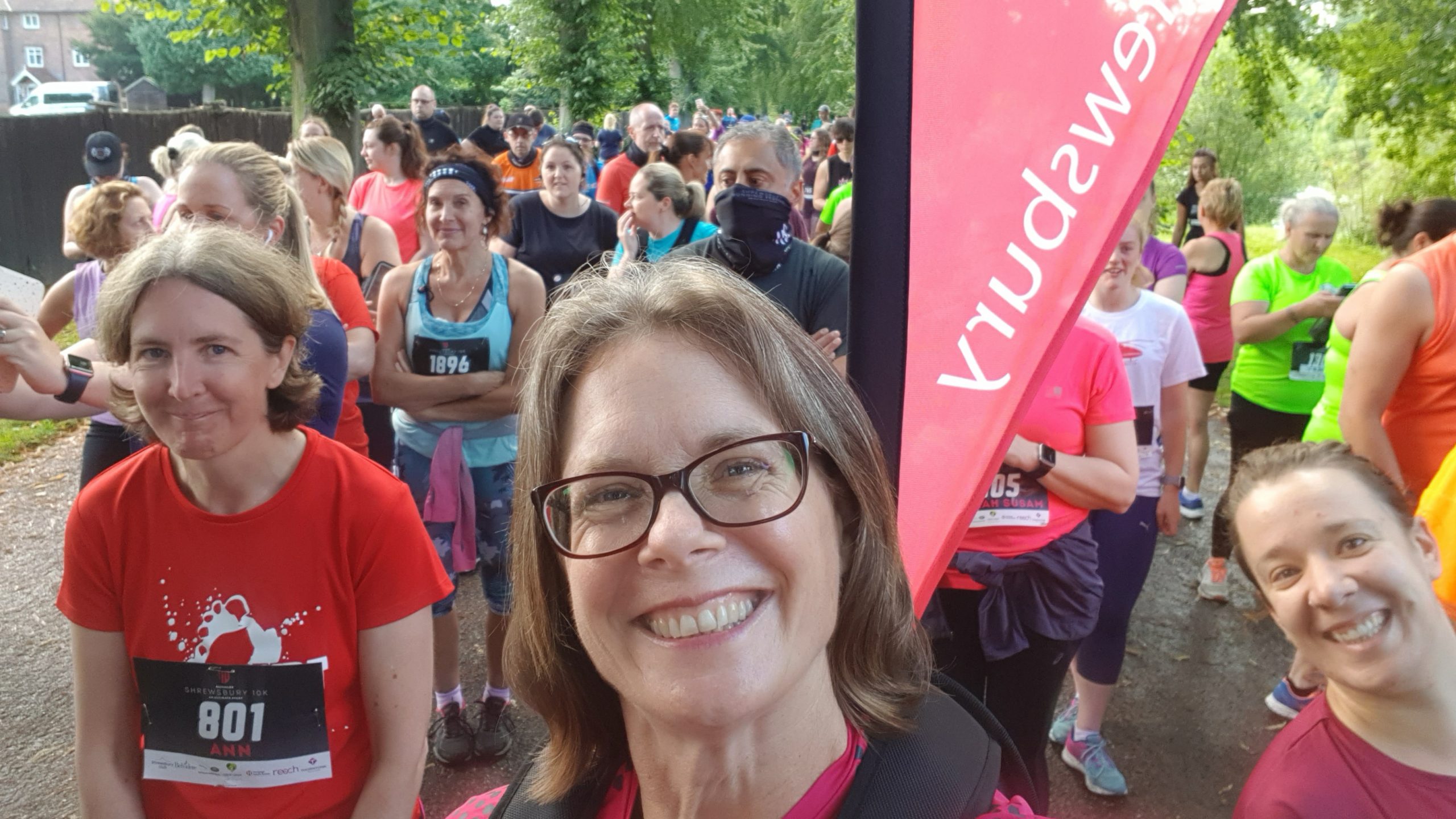 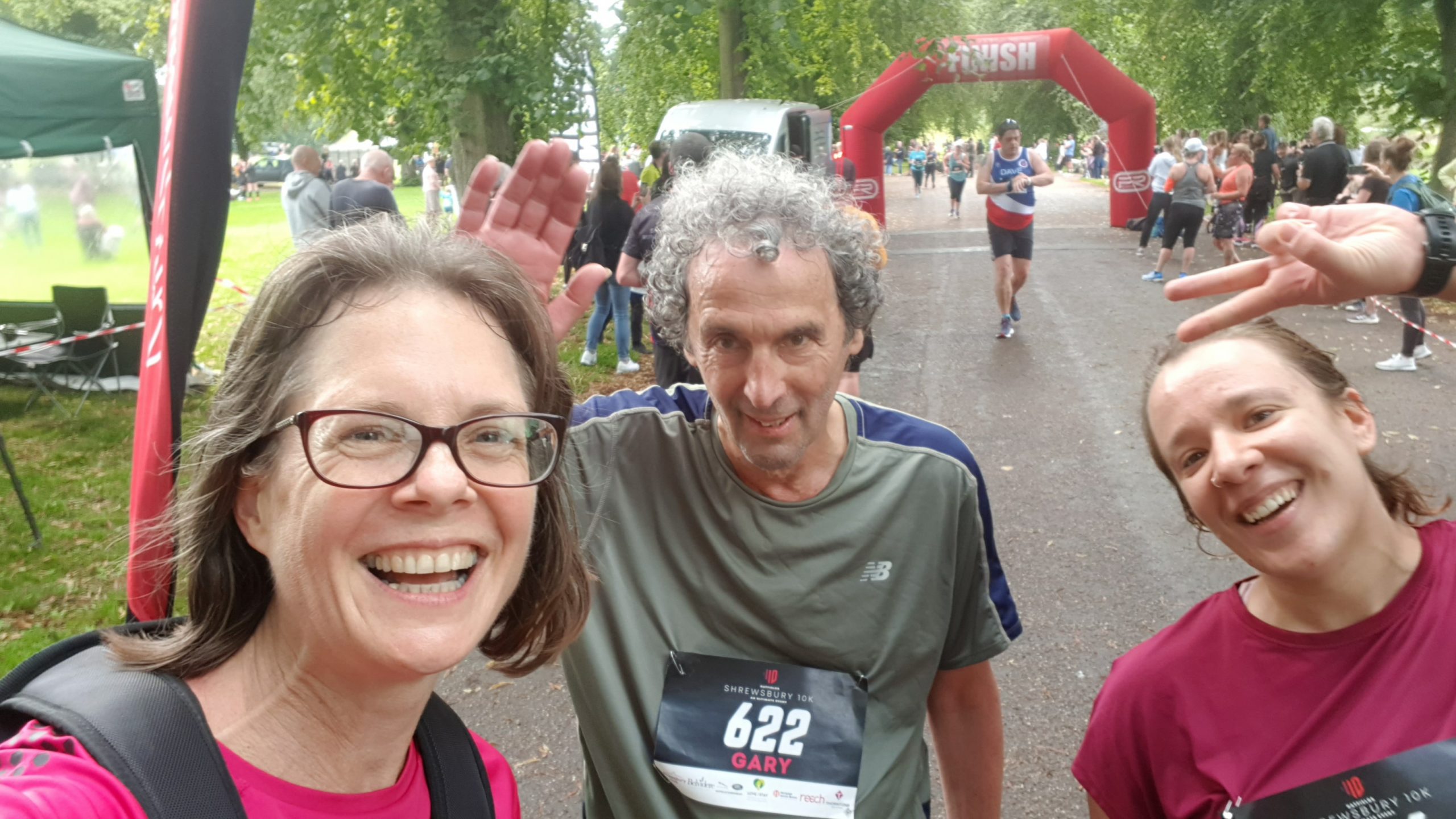