10k a day, a January like no other ~ by Emma Hughes 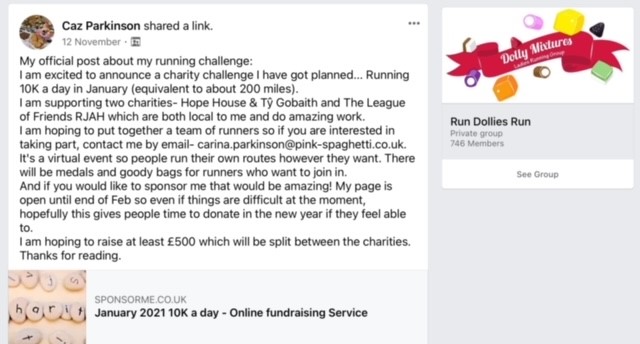 Then the news broke.  It was official.  The January Furniture Show was cancelled due to the Covid Pandemic 😷
This is it, it’s meant to be, I doubt I’ll have any work and I sent a message to Caz; 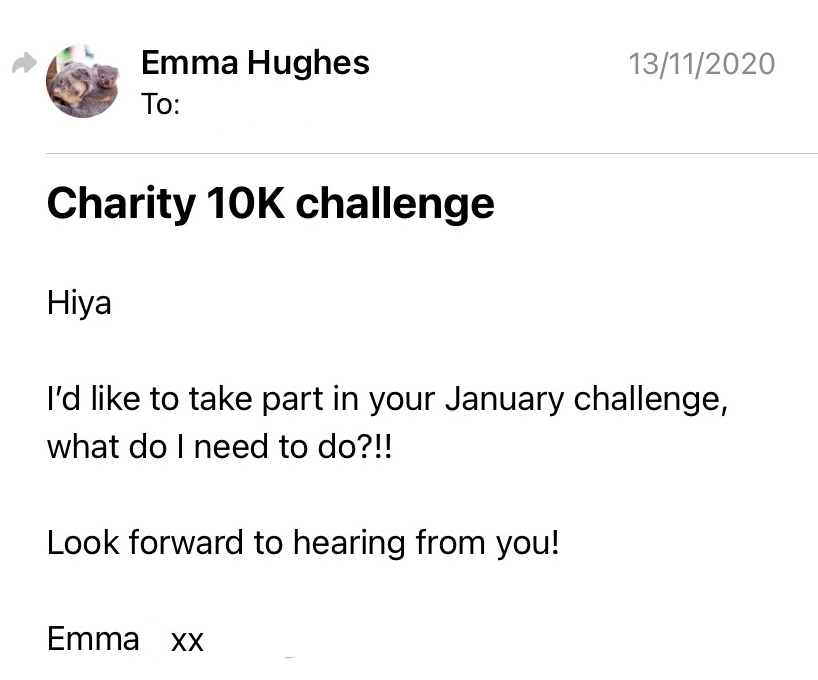 Bingo! I was signed up!

As Wales headed back into lockdown at the beginning of December, work was getting quieter, I’d picked up a niggle in my hip, I asked my coach, Claire for a bit of help and with her guidance, December was a gentle month filled with my favourite Chatty Green-Zone runs, I joined the Dollies Pilates class run by Jasmine from Brookfield Fitness and before every run I warmed up, I’ve a fab dynamic exercise routine to share one day! After every run I did my stretch routine. I’d started my 60-second plank after every run challenge, that my online running group suggested would help.  They were the longest 60 seconds of my life…. I thought my watch had stopped 😂. Then between Christmas and New Year a bout of food poisoning!  This was turning into my worst prepared event….EVER…

I’d signed up for a Charity 5K, which was one of my last 5K training runs, I’m very passionate about helping children and adults in some of the worlds poorest communities, I support CAFOD (the Catholic Agency for Overseas Development) and it was a lovely virtual 5k to end the year on and test my hip, which seemed to be ok. I was all set for 10K a day. 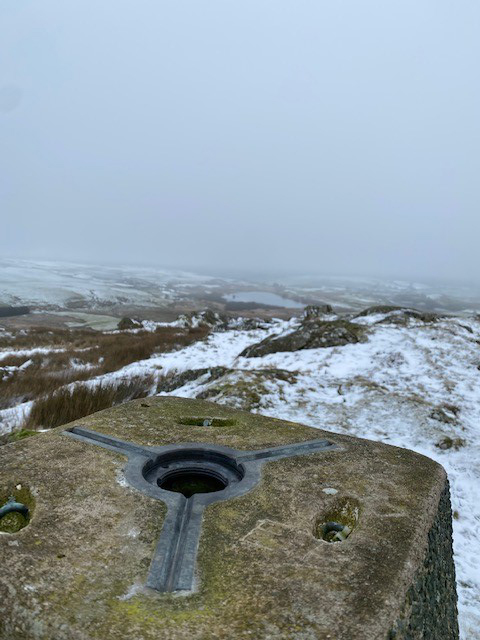 The first week is now a blur…. I can’t tell you how tired I was and just how hungry I was. Could I focus on anything? Not a chance! My plan was, up, breakfast, pint of Guinness clear, bathroom visit and double-knot my laces, click the watch and out the door! I’d planned my route the night before, I even had a backup route planned just in case my head played ticks on my legs! My weekend treat and a resting of my legs session involved a trip up to Bwlch y Garreg, I planned to do this every Sunday, it gave my legs a different workout and I found every Monday my legs felt fresh! Don’t let your head tell you to avoid hills, they kept me going and the sheer joy of reaching the summit and thinking it’s downhill from now on is just wonderful!

Week two, I had a few niggles – getting up from the sofa was my biggest challenge and I ached in places I didn’t think possible.  Slowly but surely my focus was returning. It was a cold and frosty week and I discovered the OS Maps app, my evenings were spent mapping out routes, checking distance and pressing Save Route! Boy oh boy, did I find some mud – my fellow Dolly, Elaine, and her magic map would have loved this.

Week three, I was enjoying this! My post run food was, Chocolate shake, Milk, Almond or Soya-based, half a pint pre Plank & Stretch and an early lunch of protein-rich food, scrambled eggs was a favourite.  Tuna or chicken were all featured quite highly on my lunchtime menu, followed by my first coffee of the day and a piece of homemade flapjack. I’m certainly a creature of habit, but it was working, I felt great.

And before I knew it, there were 7 days left to go, 250k run, 70 to go! I was on a roll, I had a week of morning zoom meetings too, so had to run a bit earlier in the morning, I felt better than normal both mentally and physically, I was sparkling ✨  I did some breathy pace running and I ran up Foxes Pitch without stopping, I even carried on when I reached the top, and my heart rate was the same as when I did it in May which took me two minutes longer with several stops! 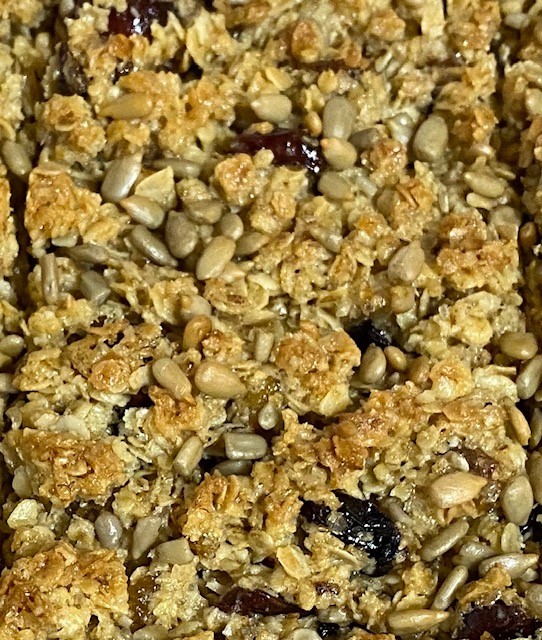 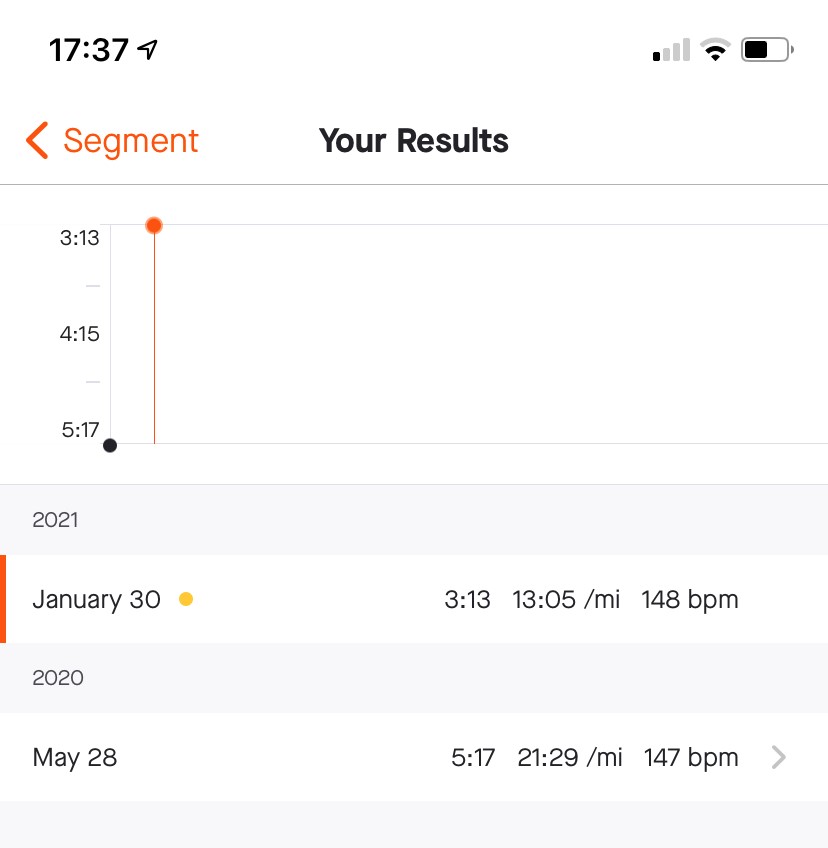 And the final weekend was here, I’d run 290km and 20K to go, I really didn’t want this month to end!  I jumped on the scales… I’ll blame my hormones but no difference, I’d bought a new dress in the sale from my favourite shop in Lampeter (online of course). Wow my midriff was looking so much neater and my little legs looked and felt so much stronger and fitter. I’m pleased to report all my clothes fit so much better. I’m always conscious about the UV rays, I’ve been blessed with good Welsh genes and my olive skin loves being outdoors but I always wear a face moisturiser with an SPF 30 and my freckles love a bit of sunshine protection and bonus I got a suntan in January!

The final weekend saw a small lifting of restrictions and here in Wales we’re able to meet one other person for exercise and my friend Sharon messaged, she planned a route, it was lovely to have someone else plan where I’d go and I was delighted to have company on my final run and Sharon brought her lovely dog, Mali, I’ve never run with a dog, Mali was a great 4-legged companion, she guided us through the mud too. 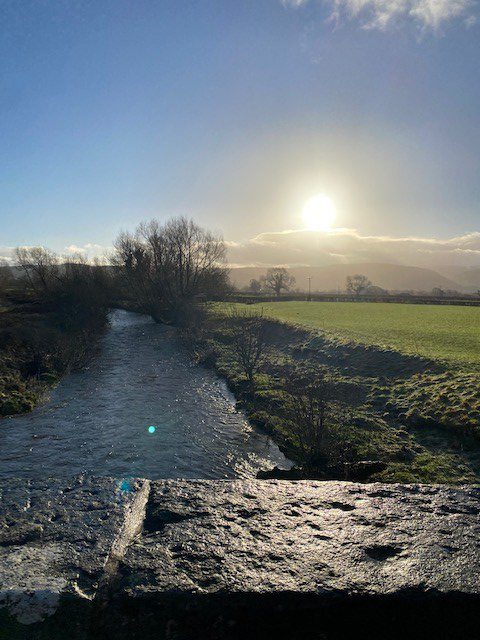 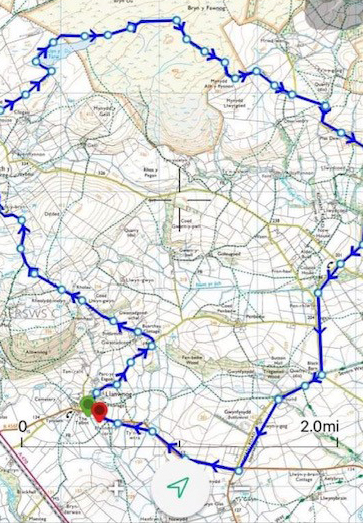 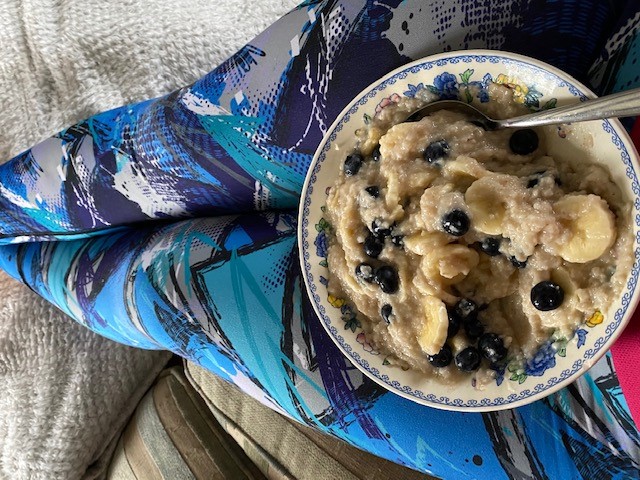 I’ll openly admit I’m a porridge snob, but give Flahavan’s Irish ☘ Porridge a go, I make mine with water and add a teaspoon of honey, banana and blueberries, my go-to breakfast.  On the final morning I added an extra bit of fuel as we would be going a bit further than 10k, a slice of toast and butter! And my ever faithful Guinness clear.

We found ourselves some snow ⛄ – knee high snow to be precise! We found some lovely boggy paths and plenty of ice, silently we were both thinking, I hope we don’t get stuck and need a farmer to haul us out of this bog! Luckily no air ambulance or farmer was needed and my challenge was completed!

I received numerous messages of support and encouragement from my fellow Dollies, my online TwittaWinterRunning buddies and team mates SonicStriders and lovely messages from Llanidloes Sainte-Terrers, I am so grateful for everyone’s support, thank you. I did this challenge as a team with Caz, Darren, Rob, Jack and Con I’ve not met any of them in real life but have loved their company throughout the challenge! 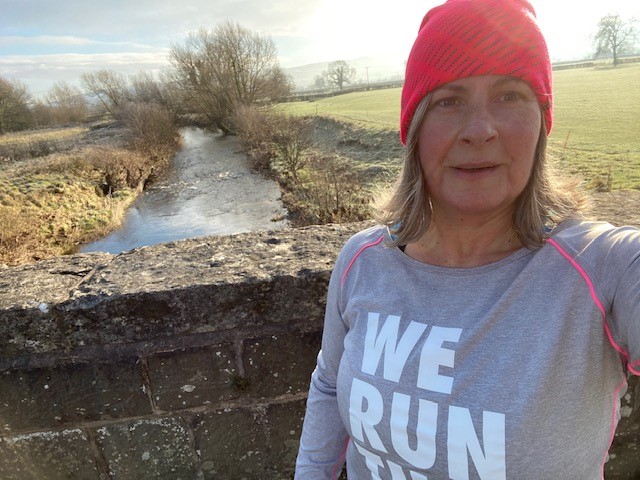 Along with CAFOD I support a running charity, called Runners-heal.com and their #WeRunThis campaign, for every top that you purchase, one child in Africa receives a meal everyday for a month, please do take a look at the work they do. #OneShirtOneChildOneMonth

We’ve raised over £4,000 which is being split between Hope House & Ty Gobaith Children’s Hospital and The League of Friends to RJAH Orthopaedic Hospital, isn’t this just amazing?

I’ve absolutely loved this 10k a day challenge!  Would I do it again? Hell yeah! 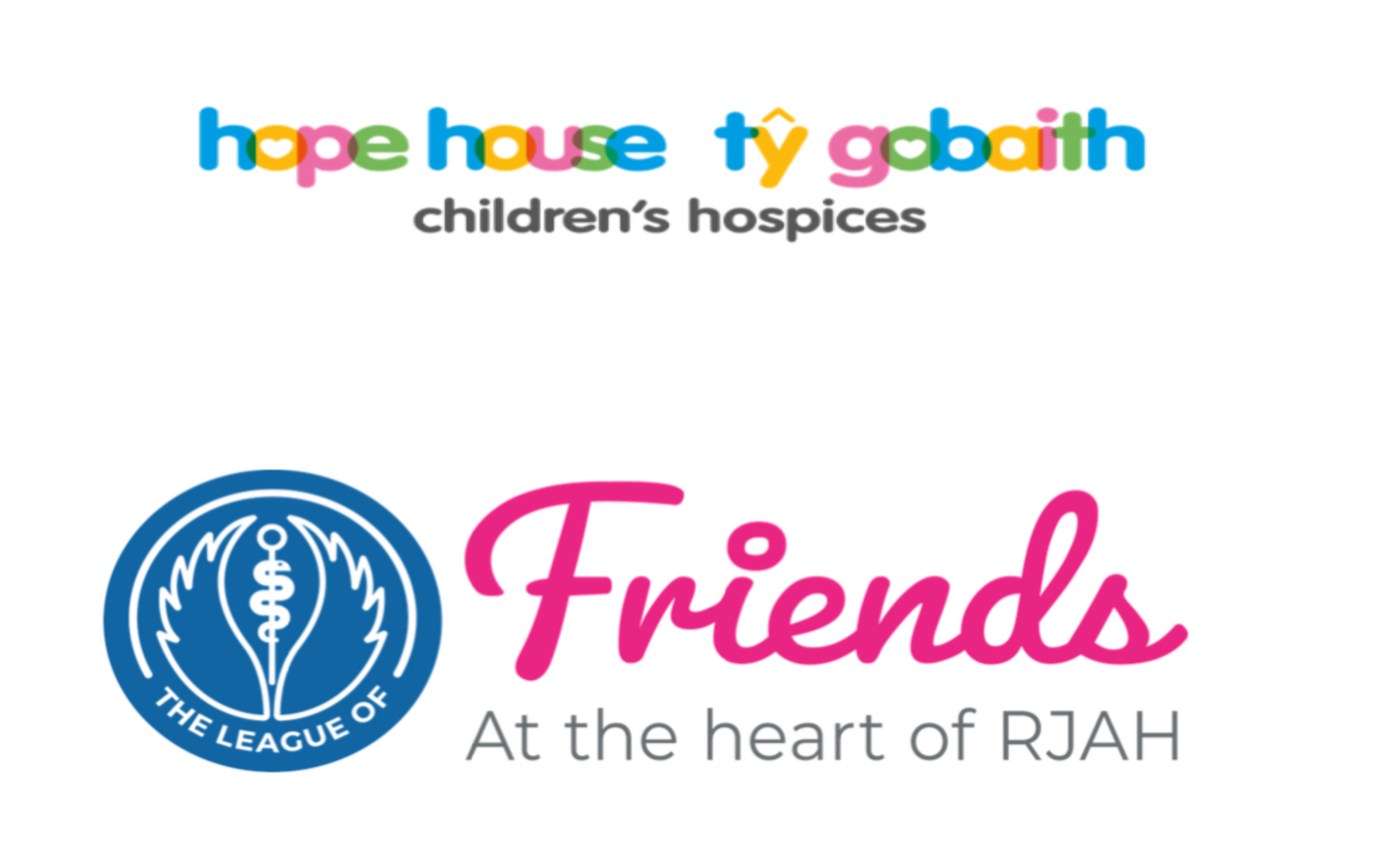